The Windermere neighborhood was late in being developed compared to other neighborhoods of Seattle. Much of it was wooded land when Lawrence Colman (Colman Dock, Colman pool, and Colman Building) decided to delve into land development. He purchased the first 8 plats of land in the Windermere neighborhood. The Street Windermere Rd was originally called Colman Ave. Because of a long standing working relationship with Arthur, Colman hired to design most if not all of the lots. We have not found 100% confirmation of all 8 homes, yet the style of the first 8 homes are distinctly Loveless in style and appearance.

The Scripps home is a waterfront estate sits on 1.5 acres of land. It was built in 1927 in the Tudor Revivalist style. Past residents include Lloyd Nordstrom. The house is over 5000 sq ft. It has a private study with a separate staircase that leads up to a bedroom suite. It has large entertainment size living and dining rooms with views from every room. The dining room has a wooden painted ceiling with beams. It has a 3 car garage and an extra apartment over the garage that was originally for the hired help. A trail leads down the property to the waterfront with dock. Plenty of parties and functions have been held at this home over the years. The current owners have lived in the house since 1969 and are passionate about sailing. 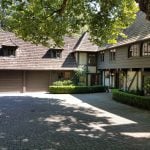 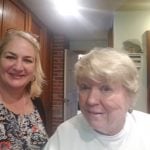 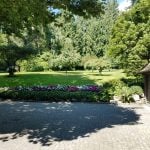